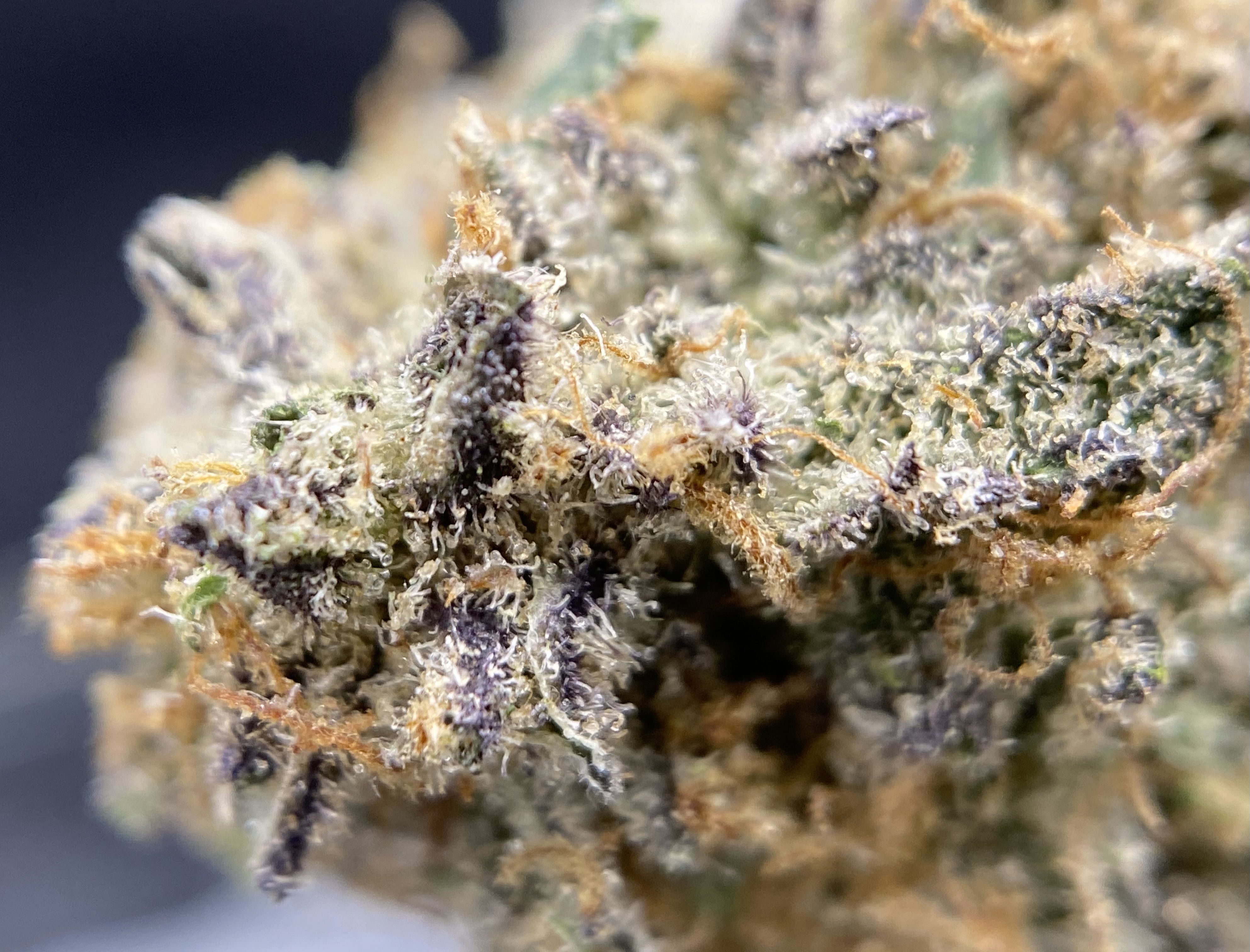 Willie Nelson is a mostly sativa cannabis strain that is lauded for its euphoric, creative effects. The plants are sativa in their growing characteristics and should flower between 10 and 14 weeks. Flowers will be large but somewhat dense. Winner of the 2005 High Times Cannabis Cup in the sativa category, Willie Nelson has a fan base to rival its namesake’s. Consumers love that this strain leaves them clear-headed, allowing them to perform artistic or social activities. 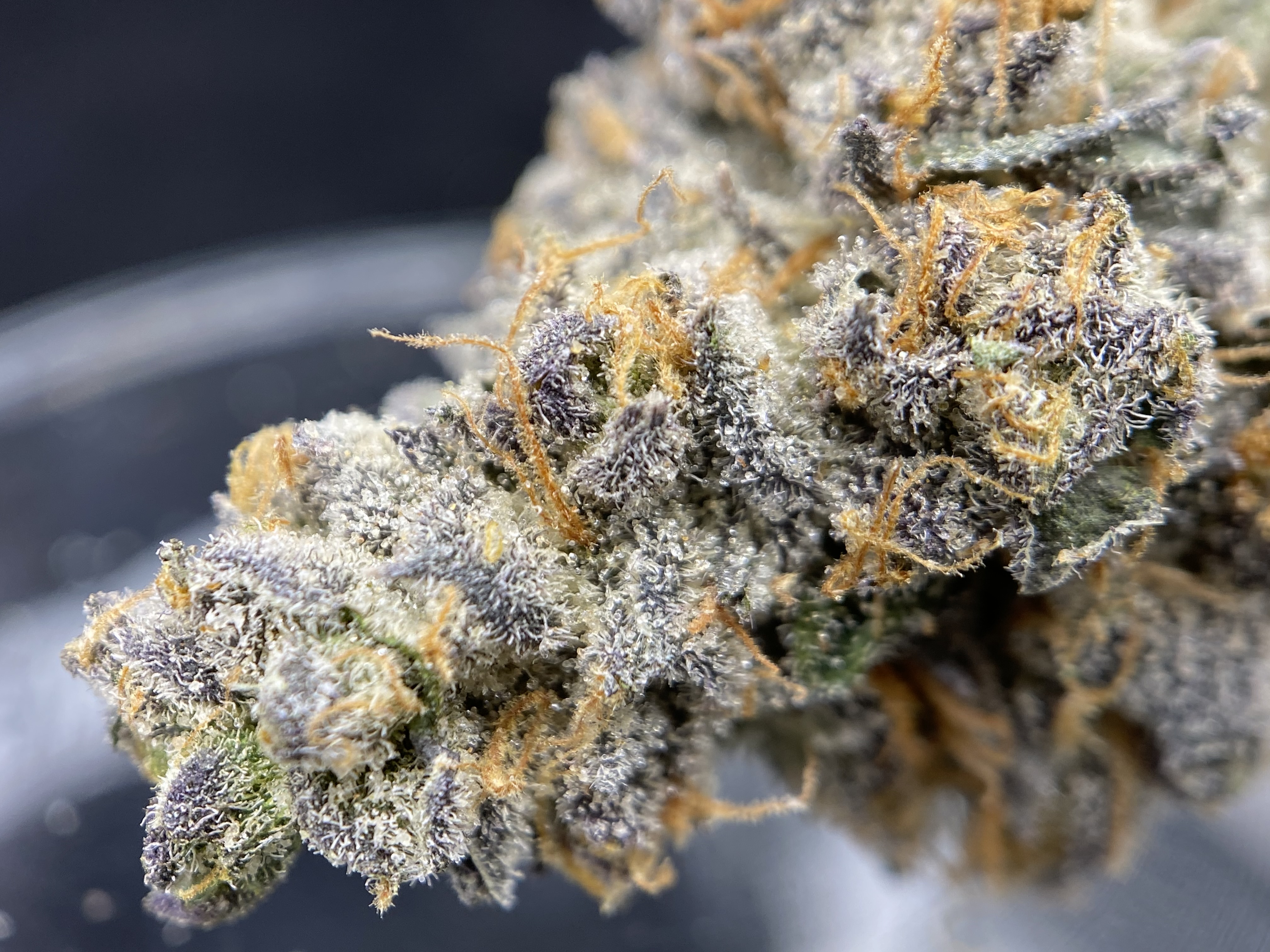 Pineapple Express combines the potent and flavorful forces of parent strains Trainwreck and Hawaiian. The smell is likened to fresh apple and mango, with a taste of pineapple, pine, and cedar. This hard-hitting hybrid provides a long-lasting energetic buzz perfect for productive afternoons and creative escapes. Testing at 32.12% THC 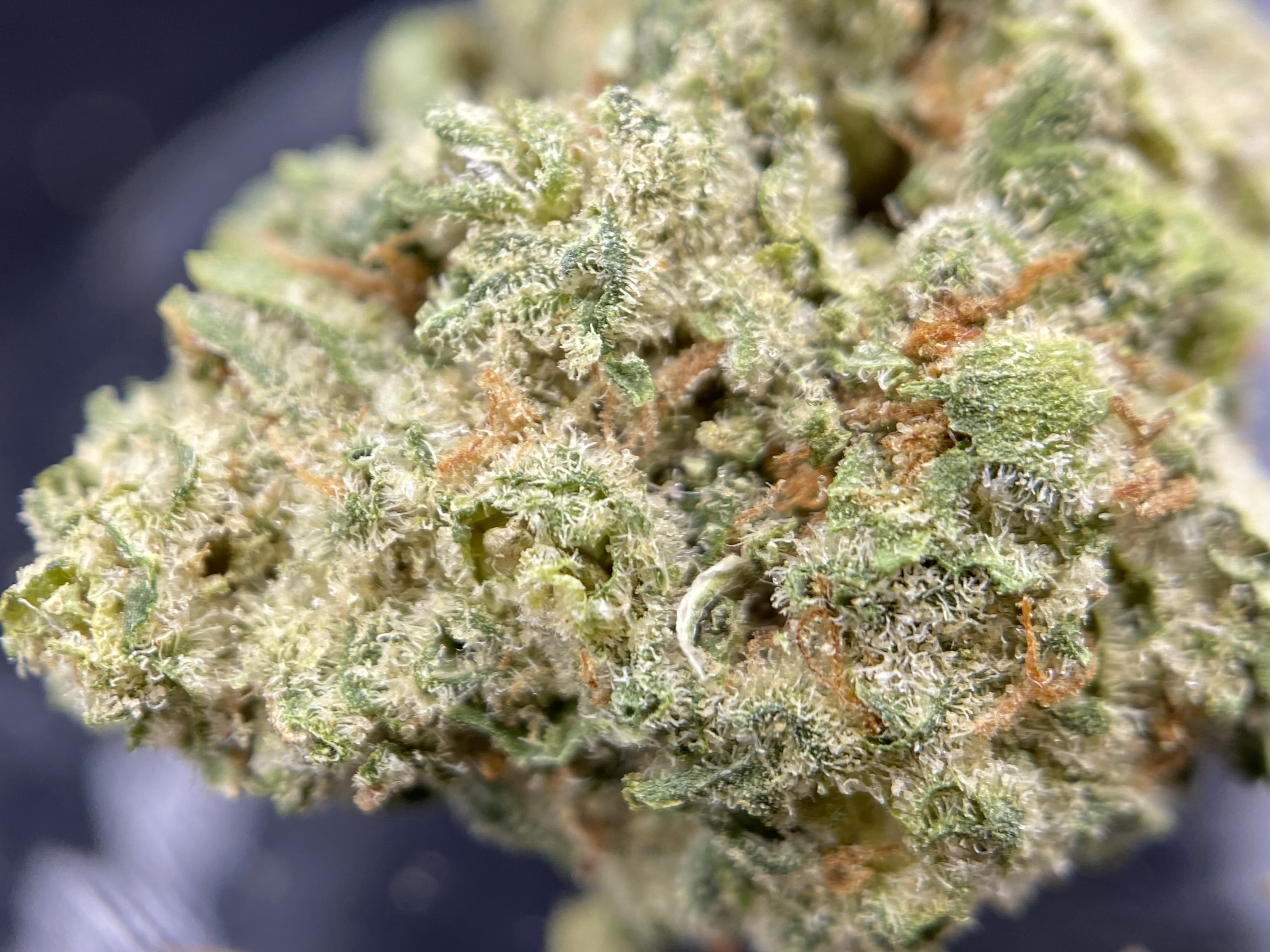 White Cookies is made by crossing White Widow and Girl Scout Cookies. With high potency on both side of this cross, White Cookies utilizes the sweet, uplifting euphoria of the old school and masterfully blends it with new school OG elements that relax the body. Enjoy White Cookies with a side of cookies as this strain will give you the munchies as well as soothe chronic pain and help mitigate stress. White Cookies is bred by Crop King Seeds. 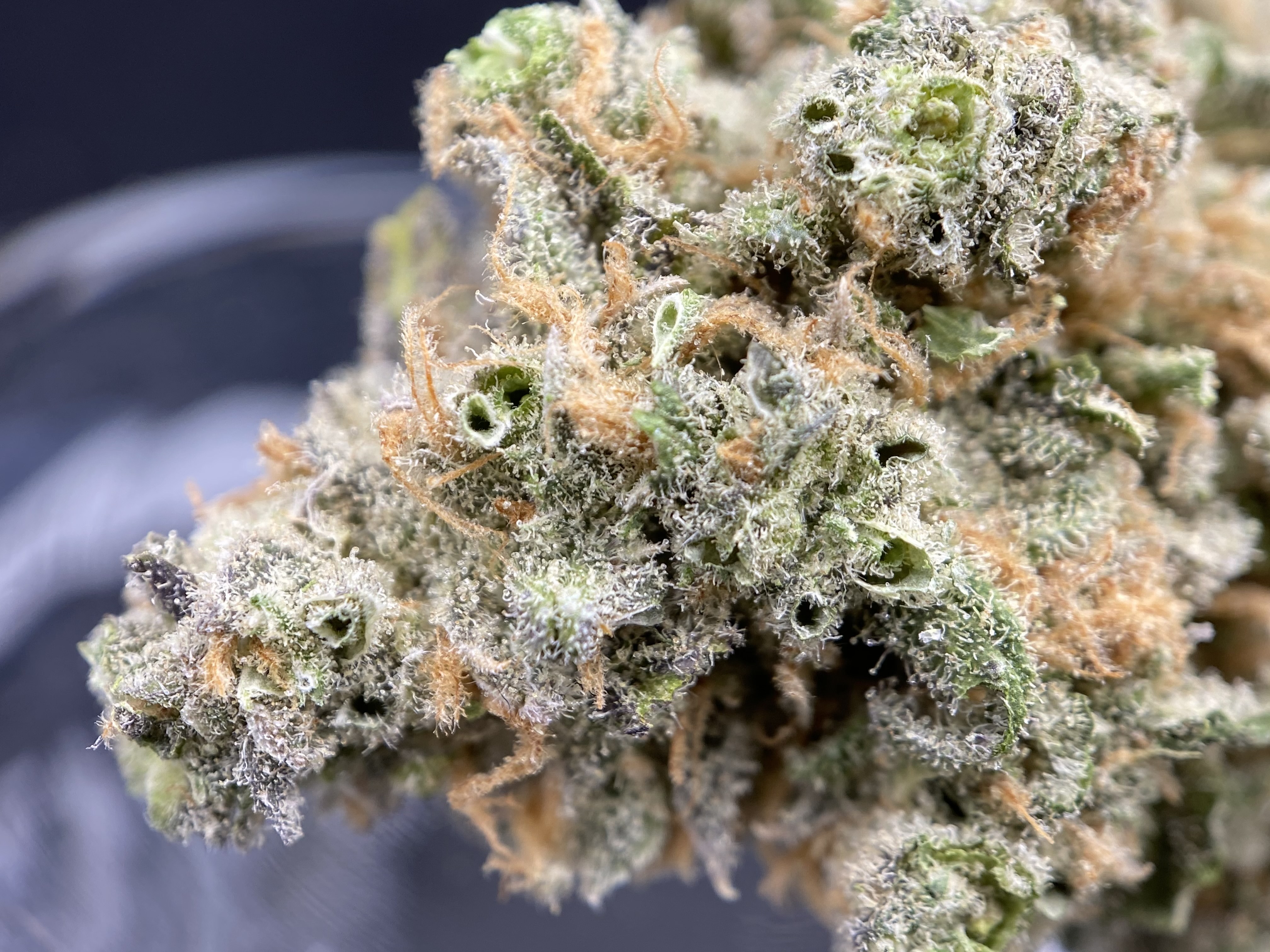 Also known as “Super Blue Dream,” this sativa-dominant hybrid looks and smells a lot like its Blue Dream parent. The blueberry scent is far more pronounced in this cannabis plant than in other famous “blue” cultivars, though it still has undertones of the rubbery tennis-ball smell ingrained in the Blue Dream strain. Buds tend to be long but densely packed. Beyond Blue Dream is an ideal strain for busybodies who need to remain cognitively functional while being elevated. The high is spirit-raising and euphoric, triggering a stream of consciousness that’s great for brainstorming or other creative sessions. It’s also fairly decent at controlling minor body pains. However, for those suffering from headaches, migraines, or neck pain, Beyond Blue Dream may intensify pain rather than relieve it. 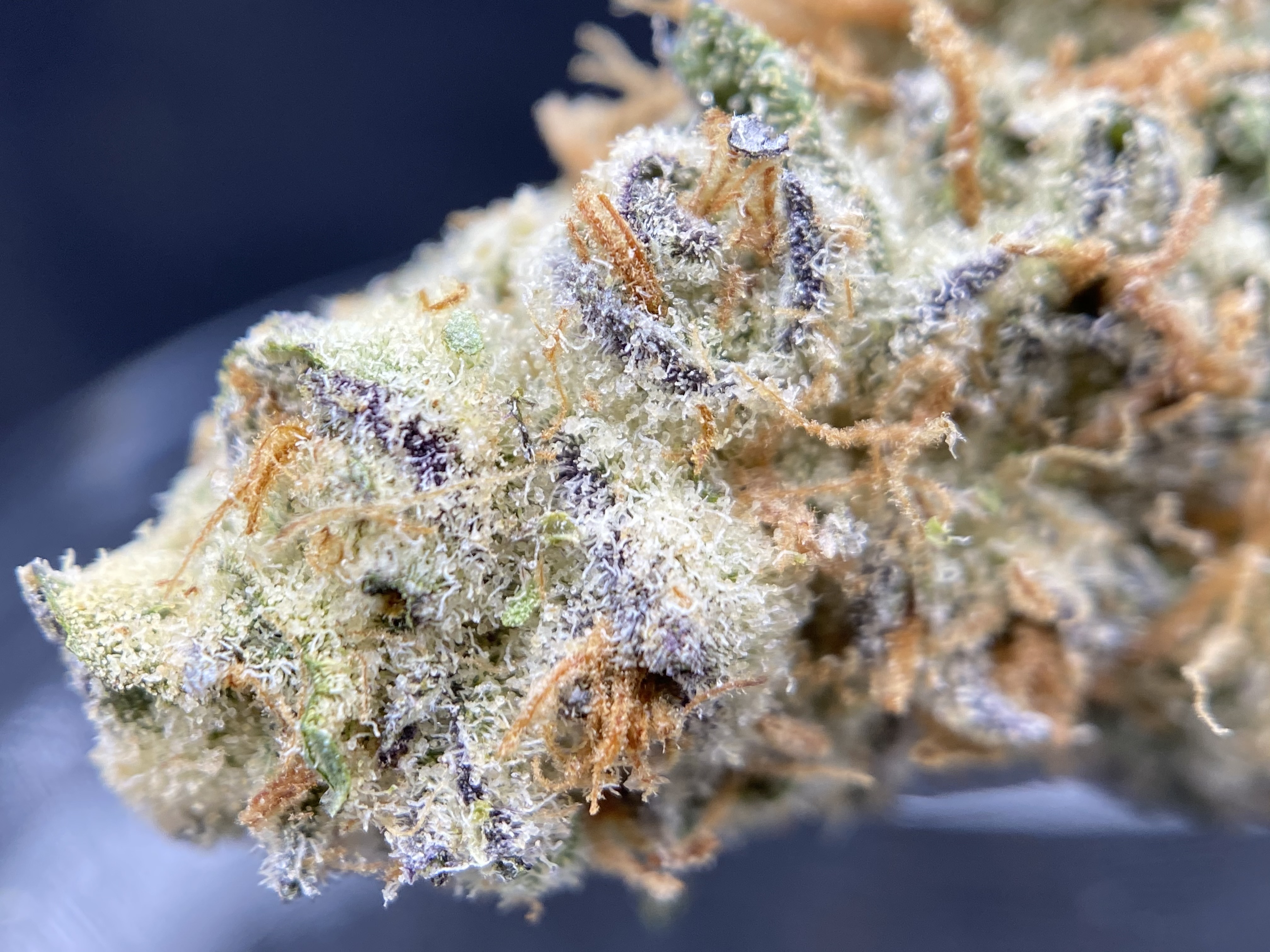 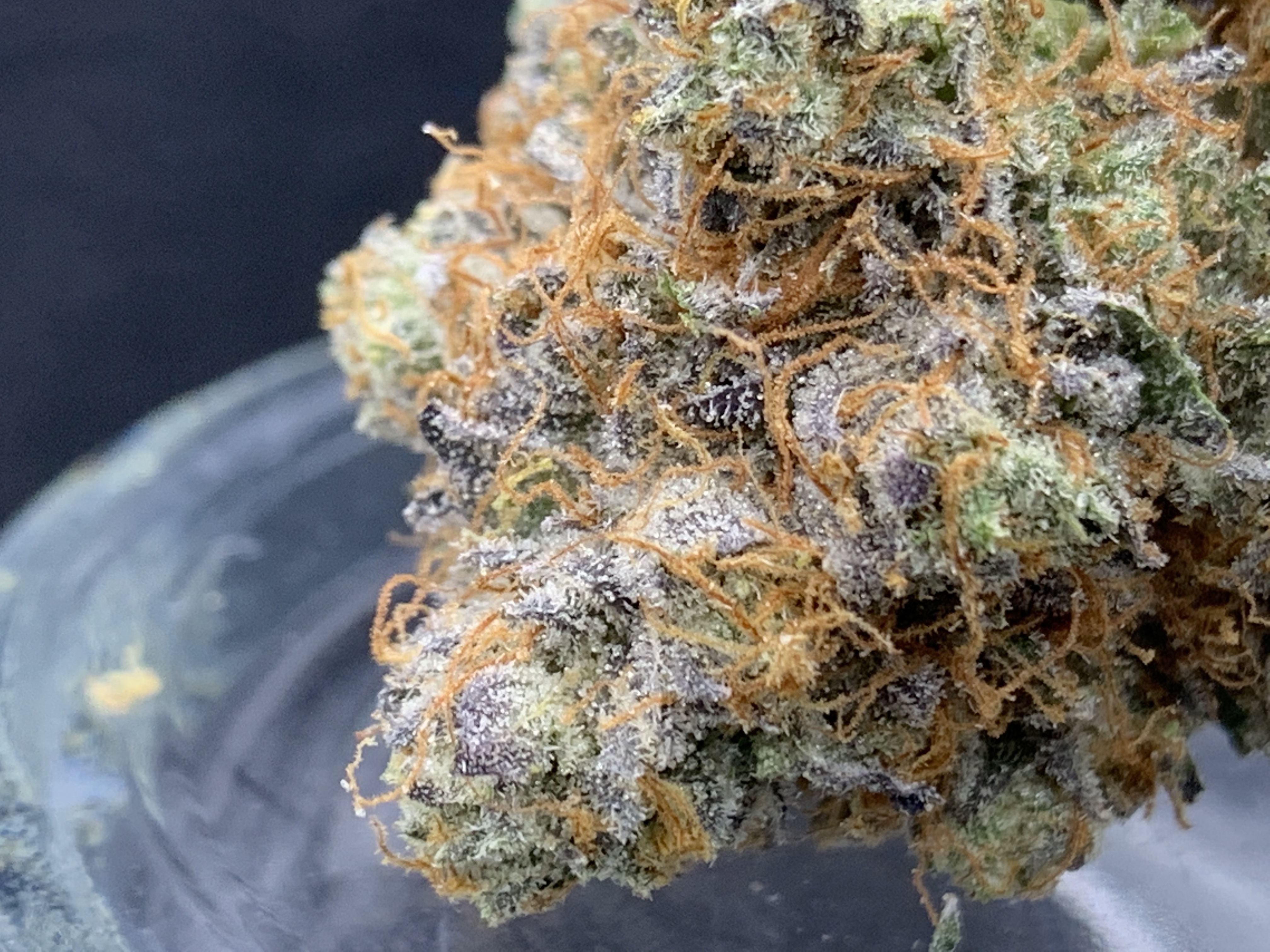 Blueberry Yum Yum is a hybrid strain whose popularity was ushered in by rap artist Ludacris and his song centered on the strain. While certainly the progeny of the famed Blueberry indica, its other parent is suspected to have been a Durban Poison sativa. Because of its parents’ polarity, Blueberry Yum Yum can express a wide spectrum of effects, but consumers typically report uplifting, happyeffects perfect for any time of the day. Though dominated by an unmistakable blueberry aroma, accents of earthy mint and pine can also be detected on the palate. 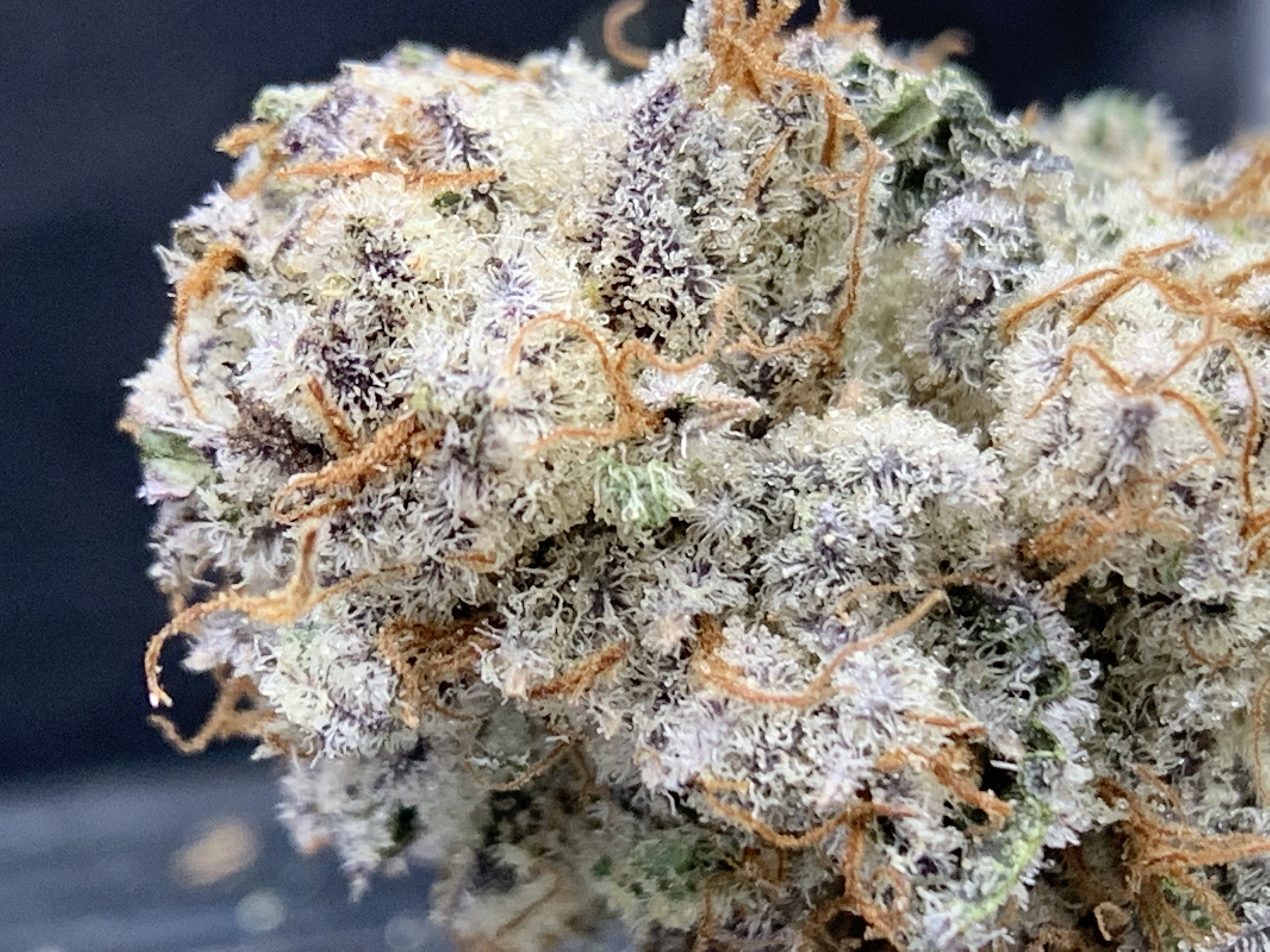 Mac, aka Miracle Alien Cookies, is a hybrid marijuana strain made by crossing Alien Cookies with Starfighter and Columbian. MAC produces creative effects that are happy and uplifting. This strain features a smooth orange flavor that is balanced out by floral accents on a sweet, earthy finish. Growers say MAC nugs are gorgeous and covered in resin. Medical marijuana patients choose this strain to help relieve symptoms associated with stress and depression. Testing at 35% THC 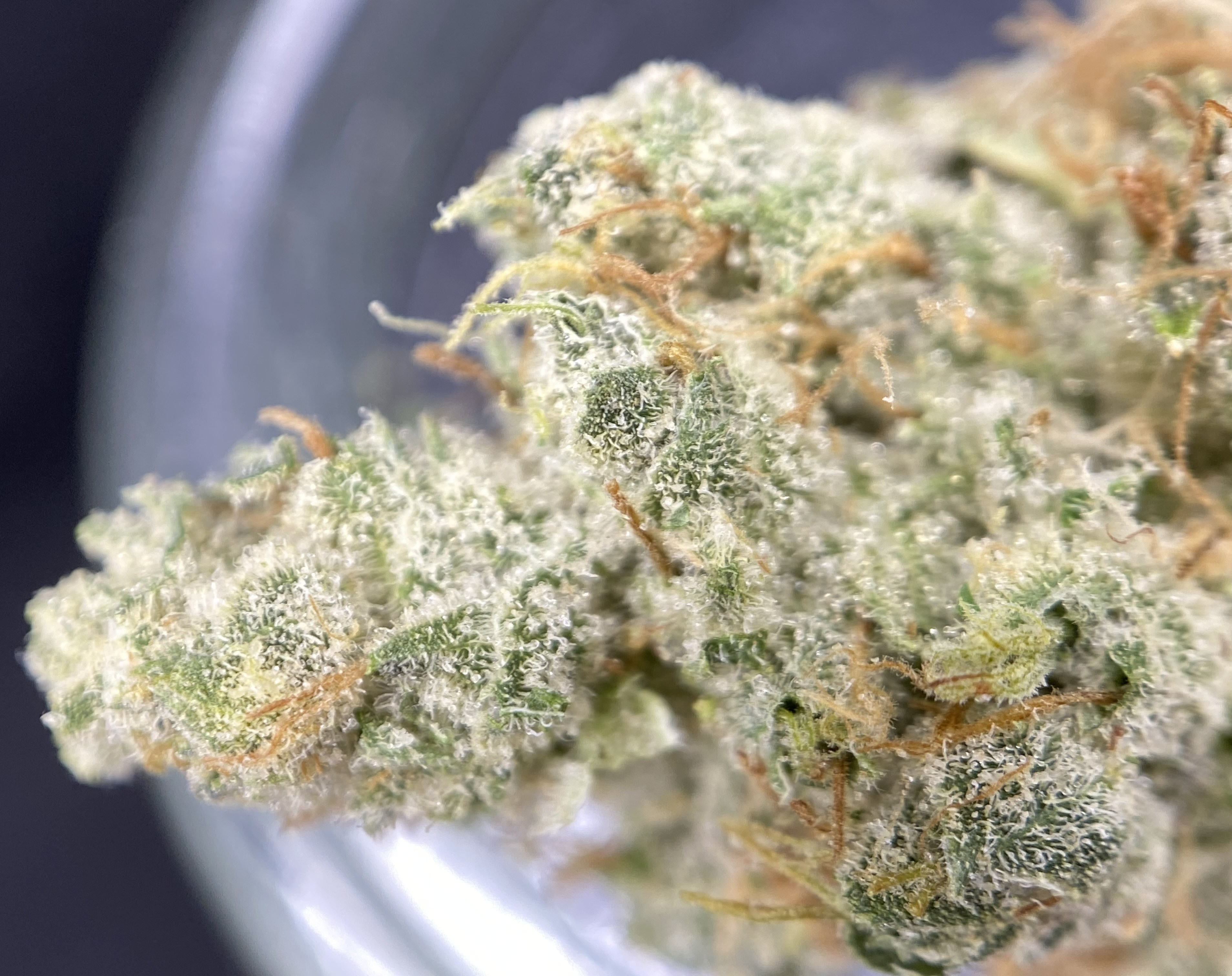 Among the most famous strains worldwide is White Widow, a balanced hybrid first bred in the Netherlands by Green House Seeds. A cross between a Brazilian sativa landrace and a resin-heavy South Indian indica, White Widow has blessed every Dutch coffee shop menu since its birth in the 1990s. Its buds are white with crystal resin, warning you of the potent effects to come. A powerful burst of euphoria and energy breaks through immediately, stimulating both conversationand creativity. White Widow’s genetics have given rise to many other legends like White Russian, White Rhino, and Blue Widow. Still, many growers prefer cultivation of the original White Widow, which flowers in about 60 days indoors. Testing at 31.86% THC 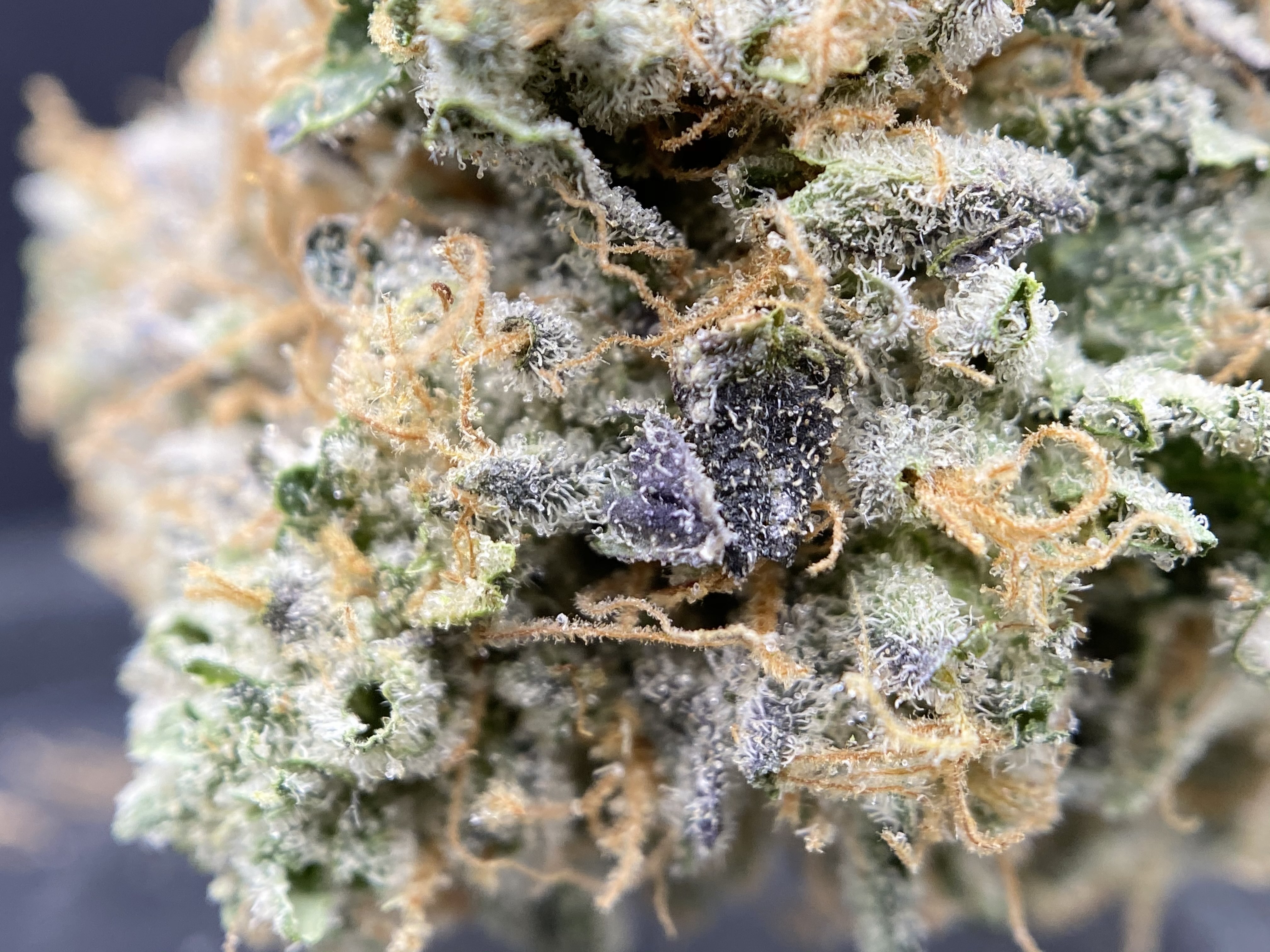 Meet Headband, the love-child of cannabis’ power couple, OG Kush and Sour Diesel. The smooth, creamy smoke is accented by flavors of lemons and diesel while the long-lasting effects are great for pain relief, helping you to relax, and to combat elevated stress levels. Many report that the effects create a slight pressure around the crown of their head and feels as though they are wearing a headband. The effects have been known to come on slow, so pace yourself with this potent hybrid. 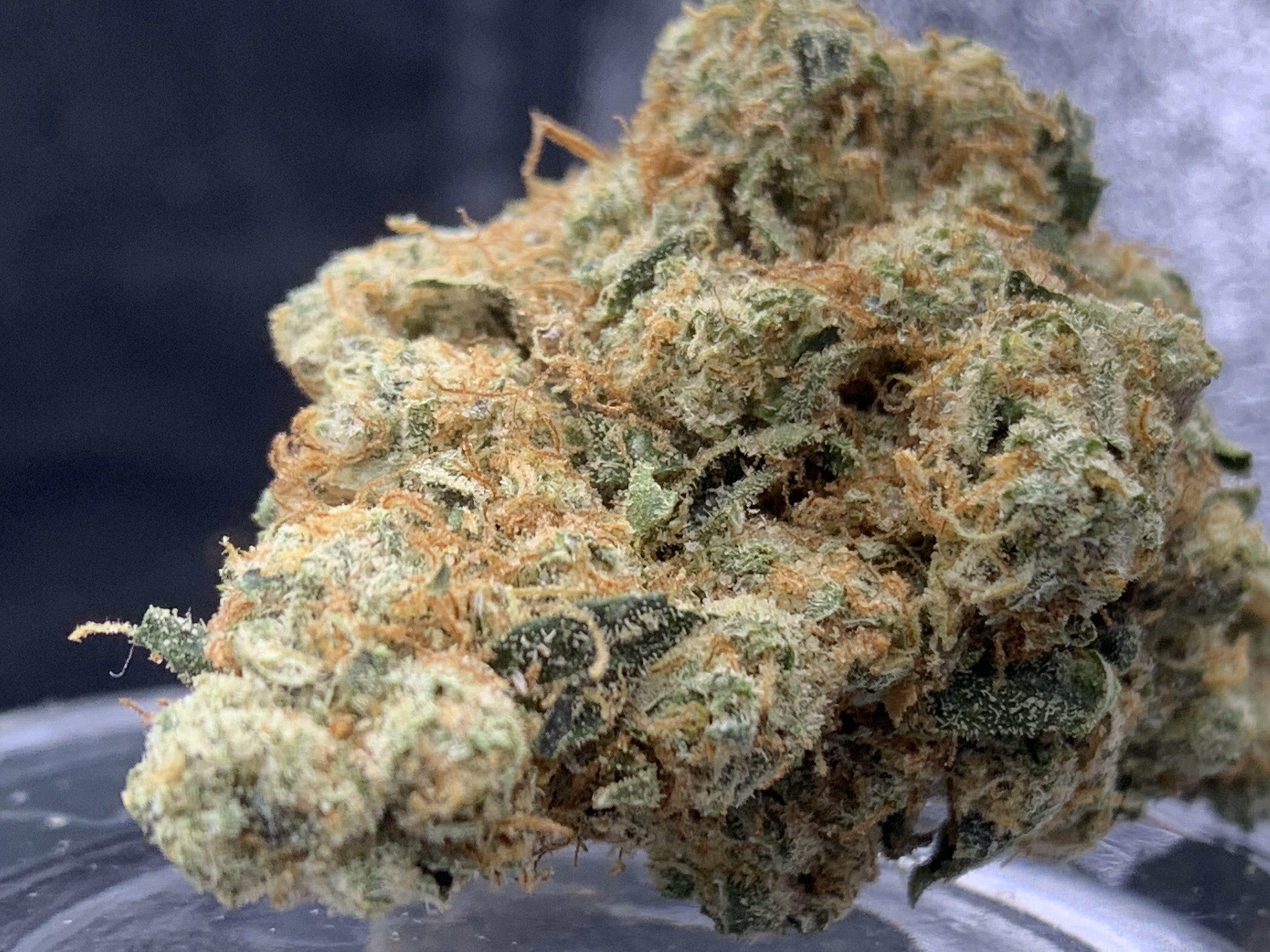 Orange Turbo, bred by MTG Seeds, is a flavorful hybrid strain that crosses Orange Creamsicle with Turbo Diesel. The aroma is as sweet and citrusy as the name suggests, with a sharp sour aroma that cuts through on the exhale. Despite the minimal effort this hybrid demands of her growers, Orange Turbo rewards you with large fragrant buds following a nine week flowering cycle. Testing at 32.1% THC

Pakalolo Sunshine is a registered trADEMARK 2019